Westfield State University is an education leader, committed to providing every generation of students with an unparalleled learning experience both in the classroom as well as through experiential learning opportunities such as internships.

Thanks to the generosity of Westfield State alumni, corporate partners and friends of the University, Westfield State is able to fulfill its mission to offer an education without barrier to students of all backgrounds. Without your support, many students would not have the opportunity to reach their potential. The Westfield State Foundation and Division of Institutional Advancement are integral parts of ensuring that students are given opportunities to succeed.

To make a gift to our Scholarship funds, please click here and select your Gift Designation as Scholarships. If you wish to give to a specific scholarship, please indicate that on the online giving form. For questions regarding scholarship giving, please contact Lisa McMahon at lmcmahon@westfield.ma.edu or (413) 572-8645. 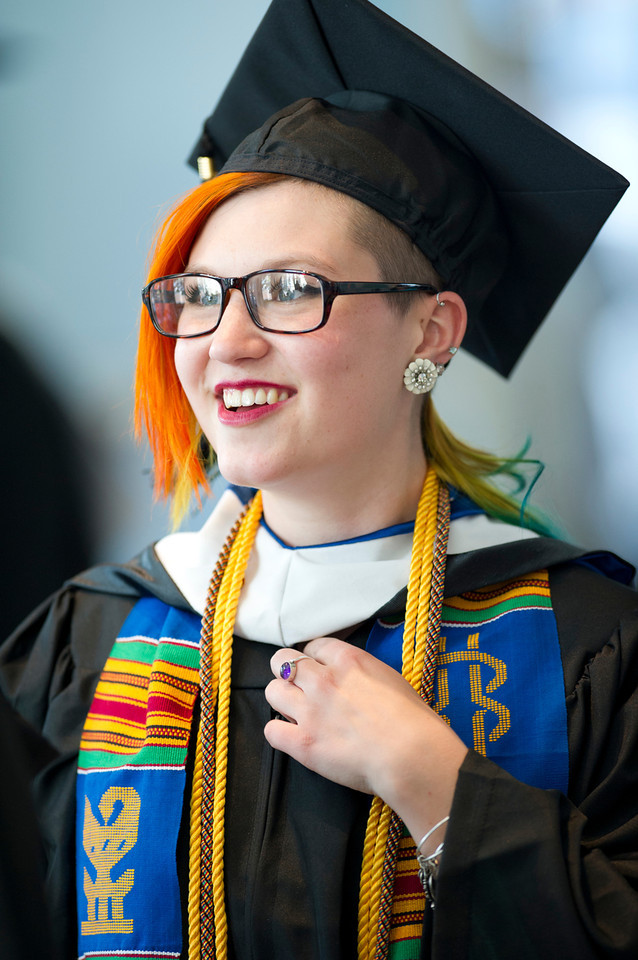 The Emilee Dawn Gagnon Memorial Scholarship honors Emilee Gagnon '13, an authentic individual who brought to Westfield State University a spirit of creativity, curiosity, wide-ranging academic interests, openness, diligence, and social consciousness. A feminist who championed human, environmental, and animal rights passionately, Emilee combined her personal values and interests with her academic work. This memorial scholarship will celebrate Emilee’s unique contributions to the WSU community by recognizing a student who embodies her core characteristics. 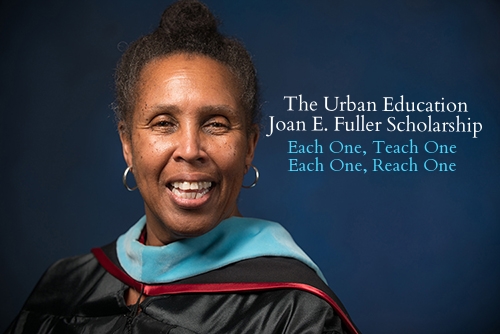 Together, we can make new history by supporting the success of the Urban Education Program (UEP) - past, present and future.

Students, like Joan E. Fuller '77, came to Westfield seeking a college experience and graduated with both academic and leadership skills for a lifetime of success. The Urban Education Program model (which includes UEP alumni and committed constituents, faculty/staff) continues to support the success of student participants as they realize their dreams, speak to their brilliance, achieve their academic goals, and reach both their personal and career aspirations. Now, this financial merit scholarship will be a bridge to new success for students who need the support to continue their journey at Westfield State University. The Urban Education - Joan E. Fuller Scholarship recognizes Joan’s 30+ year legacy at Westfield State University as well as the continued success of Urban Education students and its graduates. From Springfield’s Commerce High in 1973 to Westfield State University today, Joan understands the unique role the Urban Education Program has played in supporting the success of the next generation leaders thanks to intensive academic instruction, critical thinking skills, leadership development and peer mentorship.

Longtime Westfield State Communication Professor Henry Wefing died from lung cancer on May 21, 2015. He is sorely missed by all of us at Westfield State and by the many students he helped to guide to their degrees and careers. Henry began teaching at Westfield State in 1985, and he taught until he became ill in the fall of 2014. He was a greatly respected teacher, but he was also a much-loved mentor to so many. He was also a dedicated guardian and conveyor of positive journalistic values, which reflected his 20 years of experience as a newspaper reporter and editor. Professor Wefing also founded and meticulously maintained a beautiful garden on campus which, in his honor, continues to grow fresh produce for the Westfield Food Pantry.

To keep Henry Wefing’s principles and memory alive at Westfield State, even as we mourn his loss, we have worked with his family members, including his wife Professor Marilyn Sandidge of the English Department, to establish the Henry Wefing Journalism Scholarship Fund. The purpose of the fund is to remind future journalism students in both English and Communication of the journalistic and human values Professor Wefing held dear, and to support deserving students in the pursuit of their degree at Westfield State University. 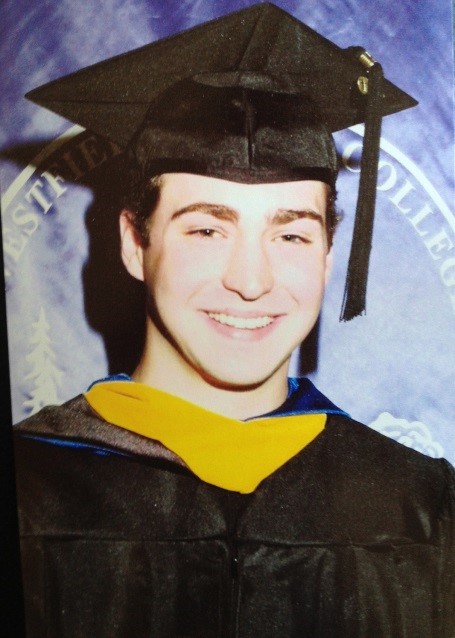 Joe Kareta ’10 was the kind of guy people turned to when they needed help, and that’s why he wanted to be a police officer. But Joe Kareta never got to join a police force. Just three months after graduating with a bachelor’s degree in criminal justice from Westfield State in 2010, he was struck by a drunken driver while walking to the mailbox at his aunt’s house in South Hadley, and he died from his injuries. “Joe Kareta was a talented and remarkable young man who continually gave to others." In collaboration with the Westfield State Foundation, Inc., the Kareta family has created the Joe Kareta Scholarship which enables the family and the Westfield State community to remember and honor Joe and celebrate his legacy. 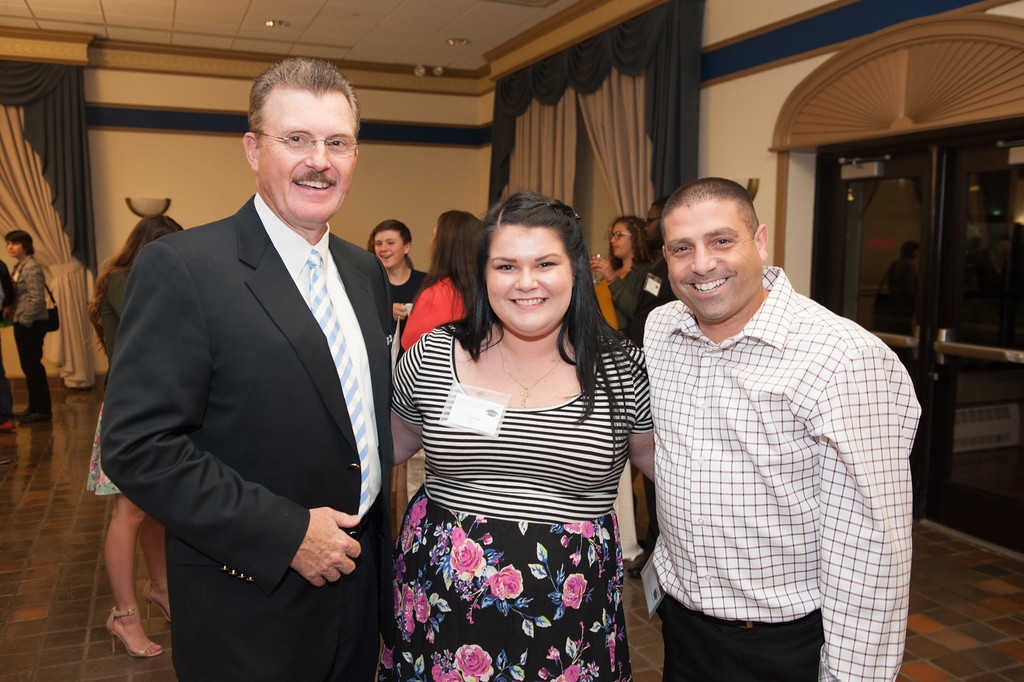 The Bay State Jaguars helped establish The Shmoel “Sam” Doner Scholarship at Westfield State University. The scholarship has been established by the parents of 2015 graduating class of Sam’s U16 Jaguars’ team (to whom we owe a tremendous thanks for their generosity). The purpose of the scholarship is explained in greater detail below:

The Shmoel “Sam” Doner Scholarship at Westfield State University is in honor of Shmoel “Sam” Doner; a member of the Westfield State Men’s basketball team & graduate of the class of 1999 at Westfield State. Sam has made it his life’s work to teach, educate, motivate, train & encourage countless young female athletes to become competent young women both on and off the court! This scholarship is being created to honor Sam’s endeavors with the Bay State Jaguars and in recognition of the many lives he has touched! Sam is currently a seventh grade math teacher as well as the high school varsity women’s basketball coach at Newton South High School in Newton, Ma.

Sam continues to coach young women through AAU basketball for the Bay State Jaguars where he has had tremendous success both locally & nationally! Sam has had several nationally ranked teams compete annually resulting in many of his basketball students going on to play at the college level as well as professionally.

Financial support for this scholarship will be provided through gifts to the Westfield State Foundation, Inc. in the initial amount of $13,700 to endow the scholarship. The Fund will be set up so all monies raised shall be put toward the principal in a restricted account. The principal will remain untouched and the interest income from this fund will be used to provide scholarships in perpetuity to deserving female high school seniors planning to pursue a degree in Mathematics or Education at Westfield State University.

This scholarship is offered to an incoming female student pursuing a degree in Math or Education. A group of very grateful parents and families of the Bay State Jaguars, a premiere basketball team in the Boston area, have established the Shmoel"Sam" Doner Scholarship at Westfield State University in honor of a coach who has made a significant impact on the lives of their daughters.